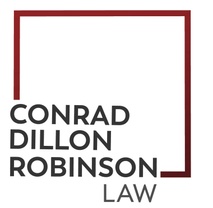 Yvonne was admitted to the Nova Scotia Bar in 1988, and in 1990 she exclusively practiced matrimonial family law. She is the past chair of the CBA Family Law Section, and served as the 49th President of the Canadaian Bar Association (NS) from 2003-2004. She has served on numerous committees for the CBA, Department of Justice and sat as a member of the Nova Scotia Barristers Society Task Force on Professional Civility from 2000-2003. She has been a presenter/speaker at numerous conferences, including the National Judges Conference, CBA and other Continuing Legal Education Seminars. She is a past Director/Officer of Collaborative Family Law, Nova Scotia. She served on the Board of Directors of the Legal Information Society of Nova Scotia. Since 2006, Yvonne has been named to the Globe & Mail Best Lawyers in Canada list for Family Law. She has consistently earned the highest possible rating in both legal ability and ethical standards with the Martindale-Hubbell Peer Review. Yvonne is also involved with the Family Law Arbitration Society & Institute as a family law arbitrator.